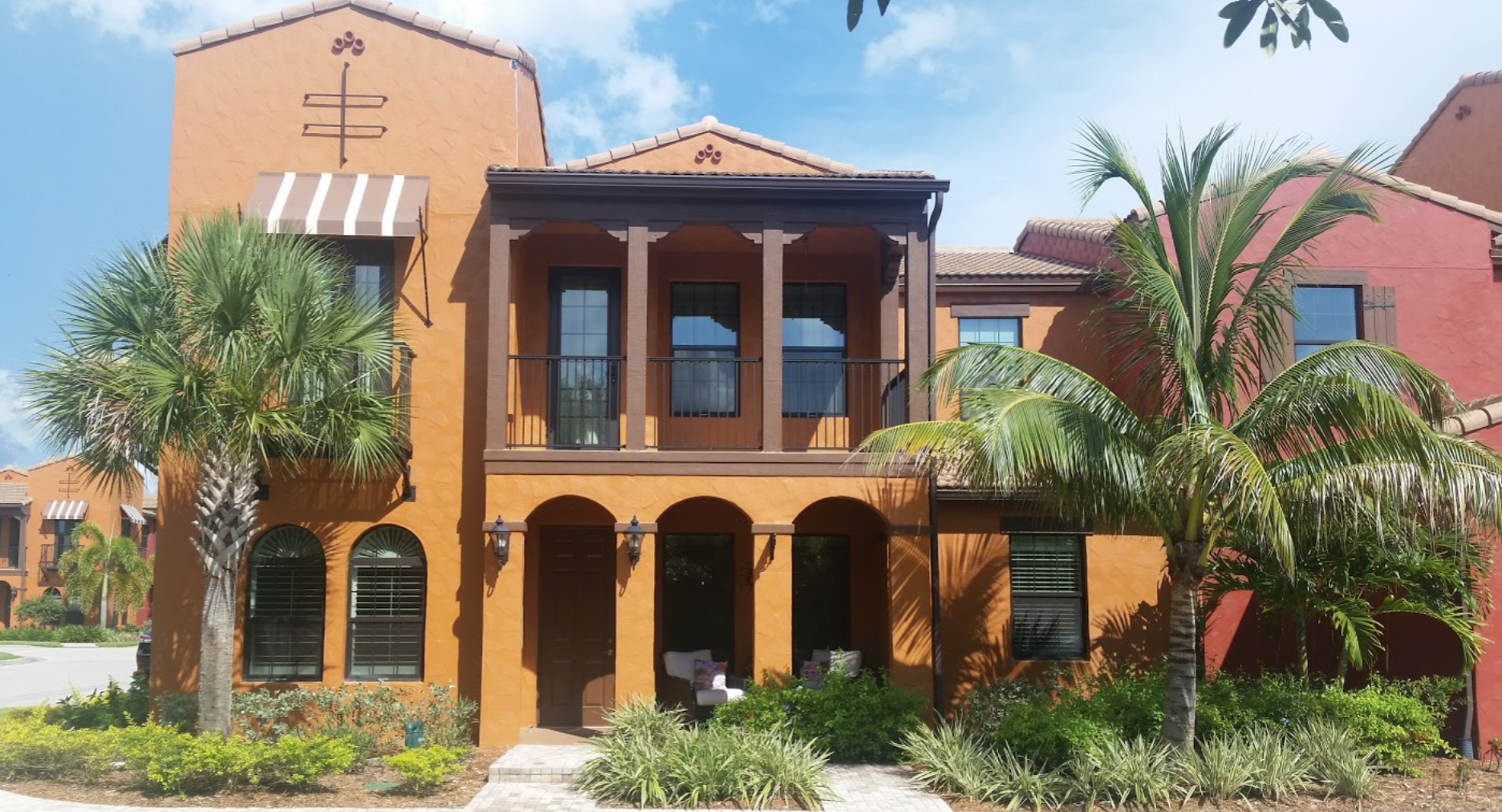 Hello, Doris, thanks for letting us look at your property what an honor.  Beautiful condo community

I also see that the condo community you live in has received a LOMA in 2013 removing structures from the higher risk flood zone. This is how you can get access to the government preferred rate policy (PRP), these are government subsidized rates.
However, you should know I have access to the most advanced map modeling through Lloyds of London Flood insurance and I see that the whole area is at major risk for flooding. Look at this map the Blue is the government high-risk flood zone (AE flood zone), the Orange is what our government list as x- 500 or considered lower-risk flood zone, and your condominium community has been mapped out of the flood zone (completely surrounded) but because the governemt allowed

These “mapping out” of High-Risk flood zones is usually a very political move it is unpopular to make people buy flood insurance, although I fear the major mess your community might be facing if and when there is a flood in your community. I pray it never happens. The only way they would pay for the damage is to asses the whole community your policy will activate to cover this but the damage would likely be greater and if you are one of the few that are wise and have a flood policy in your community the assessment that you would see could be more then 100K and you will likely end up paying for someone else’s lack of having a flood policy because they are not required to. I pray you and your community never have to face this and it really isn’t your fault that the government is allowing communities to move map line so that they won’t have to purchase the federally mandated flood insurance.

The moving of the map lines on a drawing gives a false belief that communities are safe because the government has removed an area from the high-risk flood zone. Look it up 90% of those flooded by hurricane Harvey 2017 (Houston) and Hurricane Florence 2018 (South Carolina) had no flood insurance this was because they were not required to have purchased a flood insurance policy because of the areas were removed from the requirement to have flood coverage.
Last I checked Mother Nature doesn’t stay within the map makers lines she wipes them out. And the main concern I have is that logic would state that if a property has flooded then that area is now a new flood zone, again with political pressure that doesn’t happen and time goes by people forget the pain, people move on and new homeowner move in unaware that there is a monster waiting to upset their asset, their financial future and their home sense of security and lets pray they are not one of the few that die in these storms.
I am passionate about insuring for the risk of flooding, and although you had hoped to just get a quote likely to save money I think your risk because of where you live is that your whole building and likely the Condo association should really have a master policy to protect you personally as well as your community. But that will be unpopular.
I guess the simple answer is if you are getting a policy through the NFIP and you are using the LOMA to get the rate of a low-risk flood zone (X Flood zone map) then you are getting a government-subsidized policy and not paying a rate that is aligned with your true risk so if you were hoping a private flood insurance policy would save you money that is not the case the private flood insurance market charges what I consider a “fair market rate”.
So my suggestion to you is to keep the NFIP subsidies rate as long as you can and although this practice will make the NFIP – $40,000,000 debt grow which currently the treasury is bailing out the program. We ALL will pay for the NFIP subsidies through our taxes going up and my belief is that we should take care of each other so if I can help you through my contribution then I am willing to do that because my heart wants you to be safe and not go through financial ruin due to a flood.
Your exposure to the risk of major damage exists insurance is meant to fill these gaps. When you buy into a community as in a Condo Association your association has a fiduciary responsibility