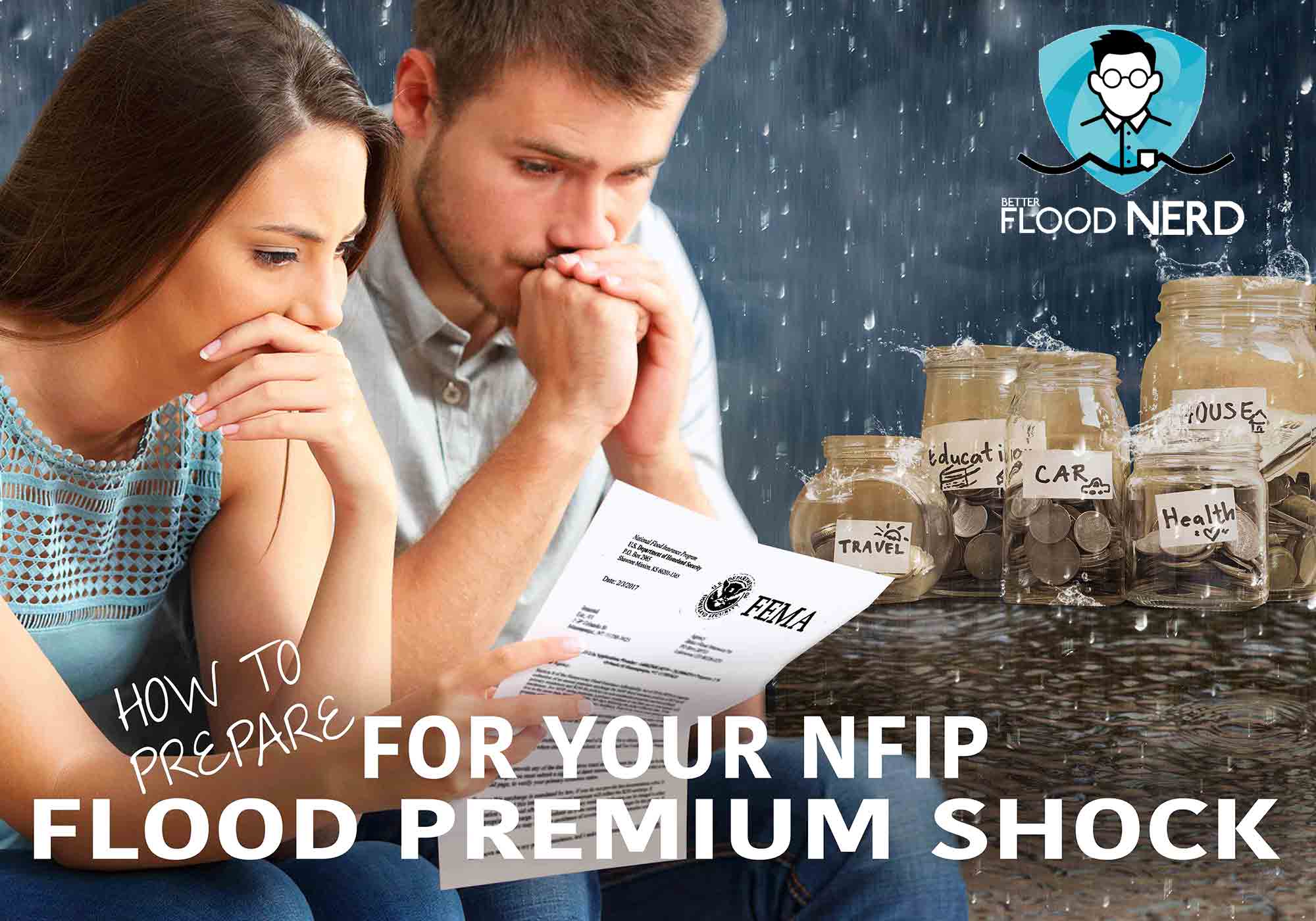 As flood waters enter a home, ruin begins. Wood framing sucks up water like a ShamWow. Outlets underwater are now useless. If your area has clay soil like many in the south, it absorbs water.

Clay’s uneven nature will break up the foundation. Embedded pipes rupture and window and door frames sag and break. Most flooring and furniture fill with contamination from sewage in the waters.

Non-porous flooring may be salvageable, but you’ll need to remove it to dry out subflooring. So, here’s the question. Do you consider all this when you get your flood insurance quote? Well, the NFIP sure does.

Before storms Harvey and Irma, the NFIP was already in the red. Now, they’re raising your premium. Again. SO if you have yet to receive your renewal, get ready.

First, don’t open it alone in case you suffer a panic attack. Then, be proactive and start shopping for a flood insurance quote.

Here’s what you need to know.

Your NFIP Policy May Not Cover Everything you may want to be covered.

For those in zones which require flood insurance, in the past, you only had the NFIP program to get flood insurance from and until recently, had lenders approval.

As costs go up, customers decide to drop coverage amounts, drop contents coverage and drive up the deductible in order to control cost on the NFIP policy. Some plan to get rid of the policy as soon as they have their mortgage paid off. All this in an effort to control the cost of flood insurance. When the worst happens (and it will), many lose everything because they had to forgo important coverages. The costs to repair a home after flooding is enormous and will likely be the biggest claim you will ever make.

Those who maintain their NFIP policy and have had to make a claim due to flooding find some damages are not covered. Often, too late. For example, furniture and personal items in a basement do not have coverage on the NFIP policy. This includes the TV, carpet, and finishing the drywall.

The highest limits on your home coverage through the NFIP are $250,000 Building/ structure and $100,000 for contents (all your personal items).

If your home is uninhabitable after flooding, you are on your own for living expenses. If you have anything outside your home of value (like a patio or deck) you’re on your own to replace them.

These provisions are not changing with the NFIP through rates and premiums continue to rise.

Prepare for Your NFIP Rate Increase in 2018 forward. 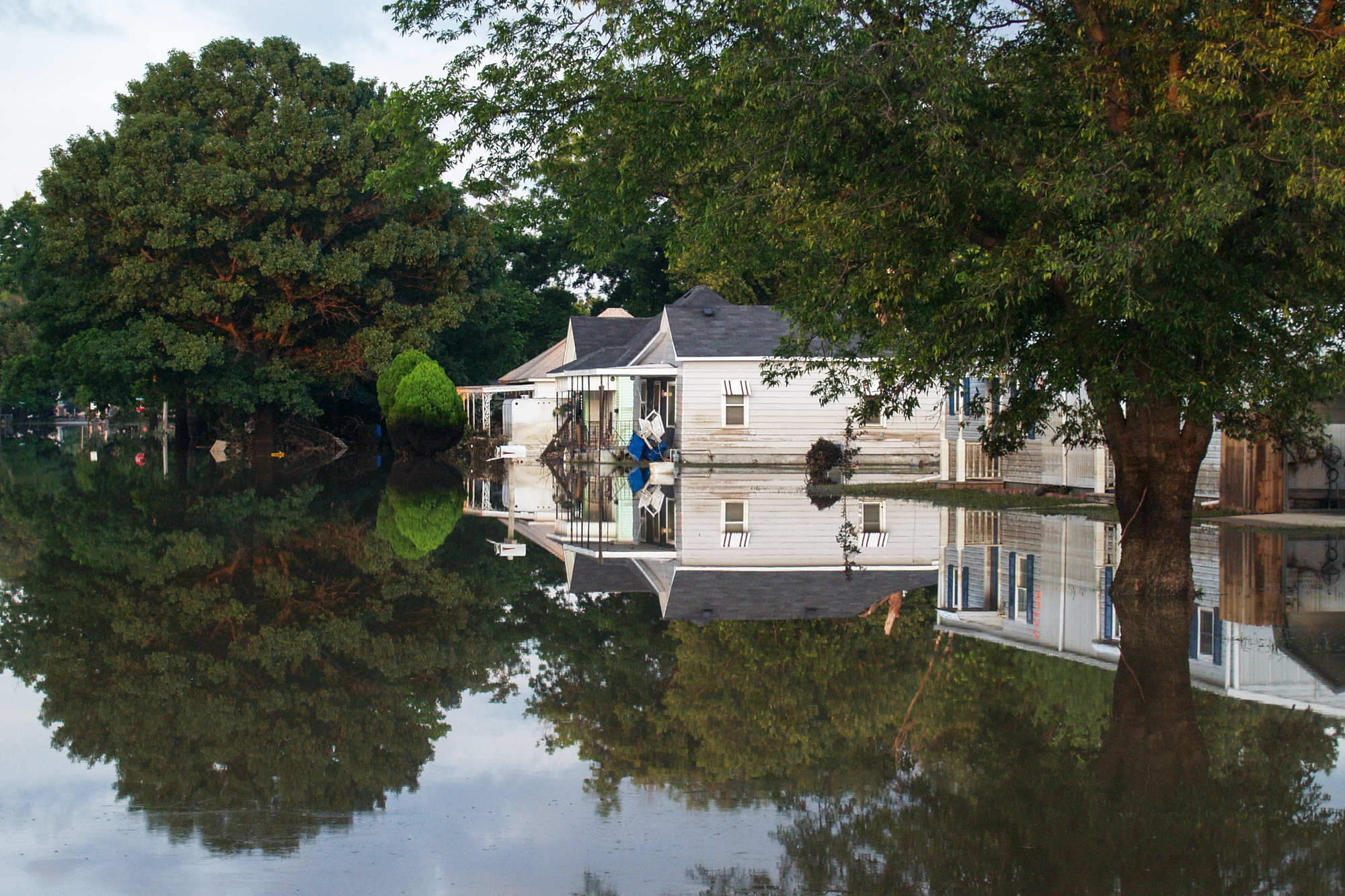 If you have a flood insurance policy on a second home say rental or vacation home, expect a 25% increase, and a $250 surcharge in the form of the HFIAA Surcharge. This includes the commercial flood coverage too. For your primary homes, rates can increase up to 18%. With the addition of surcharges (that the NFIP likes to slip in), this can go higher.

Though there is a cap on the percentage of premium increases, there is no cap on any extra charges. NFIP does not seem to want to increase rates for those who live in coastal areas.

These areas have a higher risk of damaging floods. It makes sense that those with higher risk should pay higher premiums. This could be one reason the national program continues to operate in the red.

An insurance “company” who often runs out of money can be a frightening future for homeowners and business owners. And, paying higher rates year after year with reduced coverage adds to the stress.

Know Your Options Before a Flood Insurance Quote

The funny thing about insurance is it is a product you purchase that you never hope to use.

Many people do not understand the insurance contracts. Or what goes into how the premium is calculated. Then something happens and they have to make a claim.

After a car accident or a tree falls on the roof, policyholders discover their coverage limits.

This is why many are mistrustful of insurers. The business of writing policies and then investigating the claims is powerful.

They’ll always adjust what they pay. By law, they must pay according to the insurance contract. Have you ever read yours? Most don’t. It is critical to understand what you’re getting.

An educated agent can explain coverage options in plain English. However very few agents understand flood insurance policies, and most don’t care to learn this complicated but important policy.

If yours can’t on a policy But, it’s important to educate yourself on flood insurance options. Or find an expert on the risk. Many policyholders believe they have flood coverage from their homeowner’s policy when they do not.

Or worse, they believe that if their lender does not require it, then they do not have the risk of flooding. Those who live near flood zones should have coverage, no matter the lender. A good resource to check out your address this flood insurance risk map link.

However, we recommend a discussion with a pro as the best way to figure out your risk and find coverage for your property.

If you have an expensive NFIP policy, scout options, and get a few flood insurance quotes before the new rates torch your wallet.

Shopping for flood insurance quote. What Coverage Do You Need?

Imagine if you had nothing but the clothes on your back. Where would you go? What would you need first? This is what every person faces when flooding forces them out of their home.

Considering this can help sort out the coverage you should have. You will first need a place to stay. Living expenses for when a home is uninhabitable is a provision we are seeing only from private flood insurers.

Of course, you want your entire home back. This should include the structure and everything inside that’s in ruins. Furniture, clothing, and appliances may well exceed policy limits with an NFIP. The private flood insurance market can go higher than the NFIP limits.

In the case where a homeowner has recent upgrades, the new value may not apply. You know the worth of your home better than anyone. Make sure coverage limits exceed the value. And get content flood coverage if you choose to forgo it due to the high cost of flood insurance.

Take a look at your property, too. Fencing, outbuildings, pool equipment, and paving can wash away. These are not part of your NFIP policy. As time goes on and you make improvements, review your coverage with a pro.

Many homeowners may check maps when torrential rain is on the horizon. This is too late. No insurer will write a policy when an active storm looms.

If you are doing it right, owning a home is the hardest work you’ll ever do. Just as we ensure our health from illness, so should we with our home. It’s your largest asset and a flood could ruin your financial future if you haven’t properly insured the risk.

Be vigilant in protecting what protects you. We’ll do the hard work of finding the best policy for you. Get your flood insurance quote here.