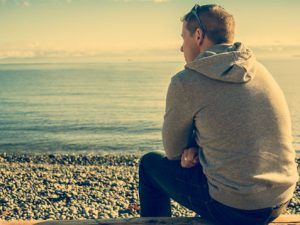 This is all too common with flood insurance. Imagine being told your flood insurance would be going up while simultaneously dealing with the devastation of a flood. Maybe you don’t have to imagine it—maybe you’ve been through it.

Just this morning, I was reading an article about how the National Flood Insurance Program (NFIP) was planning on raising its rates 20% for those in trapped in a Special Flood Hazard Area (SFHA) flood zone and forcing them to purchase NFIP flood insurance to cover their property. How would you pay for a dramatic increase to your flood insurance? I was speaking with a colleague of mine yesterday and he mentioned that he had a client who was paying $3,500 for NFIP flood insurance. This amount would only cover the one
peril “flood,” and it is likely that this policy was slated to increase by 25% (that’s $875 more!).

Technically, everyone lives in a flood zone. I say that because, in most places in the United States, there is at least some degree of flood threat. But if you are not in a SFHA flood zone, consider yourself very lucky. You might not be familiar with how much money homeowners shell out for flood insurance, but it’s certainly not chump change. Think for a second about how much you pay for homeowners insurance. If you lived in a SFHA flood zone you would also be required by your lender to acquire flood insurance, which, only covers ONE peril of flood. This can often be just as expensive—if not more—than your homeowners. And who has the money laying around to comfortably double their homeowners insurance? 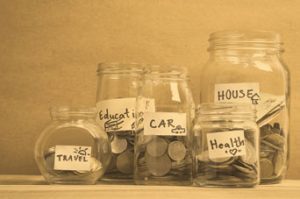 It’s not uncommon to hear about people thinking they having to walk away from their property just because they think they will not be able to afford their flood insurance. This wrenches my heart. These are people who have poured love, hard work, and money into their homes. They have fond memories and deep connections. And they are being forced to face the decision of having to abandon their homes because the burden of flood insurance is too great to bear. It makes you wonder how the people at organizations like the Federal Emergency Management Agency (FEMA) and NFIP can justify these increases.

This is where I come in. Most people don’t know about the product I offer, because I’m not FEMA or Geico. But I am incredibly fortunate to have the opportunity to offer Lloyds  flood insurance policies that can save them money, on average, 20-50% over the NFIP (and that’s before the federal rate increase). Imagine getting almost double the coverage for less. How is this even possible?

I write a premier flood protection product that is backed by none other than Lloyds of London, one of the world’s strongest and oldest financial institutions. You could say that Lloyds created the insurance industry and you’d pretty much be correct. Founded in 1688 they have been insuring people for over 328 years. Famous for paying out all policyholders in full after the San Francisco earthquake of 1906 (regardless of the terms of their policies), I think it’s fair to say they have enough experience to know what they are doing. 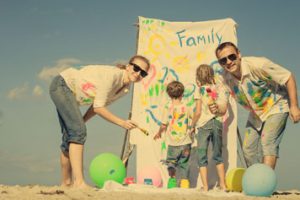 My main reason for providing this service is simple: Compassion. I know that when you’re buying a house, no one ever says, “You know what I want? To live in a SFHA flood zone!” And yet, floods happen. All 50 states have had floods occur, and that’s never going to change. I don’t believe you should be cornered into spending thousands of dollars on flood insurance, with a combination of scare tactics and annual price hikes. You have a right to feel protected—affordably.

At this time, the truth is that not all properties will qualify for my product. But in many cases, they will. And if you don’t qualify this year, you might next year, as this program continues to grow and offer relief to homeowners. As we continue our mission of saving houses and investments, and covering the most precious asset most of us have been able to acquire, so we will continue to grow.

I have one small favor to ask of you. I want to spread the good word about flood insurance. I need you to help me get the message out about this product,and I believe that if you send this to 10 people within your sphere of influence, you or someone you know might be facing this tough situation and not even know an option like this exists. Word of mouth from a trusted person speaks volumes. Lets help save people’s homes and dreams. Let’s start today.