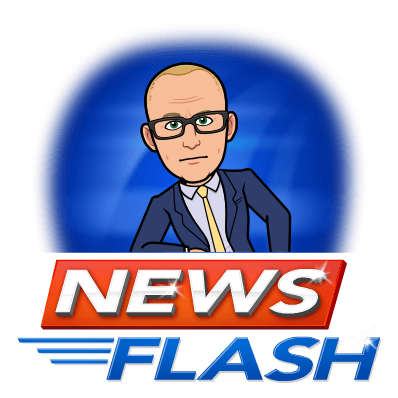 It’s been a long time coming, but reform to the National Flood Insurance Program (NFIP) is on the way. It looks like the government is following the lead of private flood insurers and making some changes to the way they rate flood policies. That’s a good thing. The existing NFIP is broken and broke. It consistently pays out more for losses than it takes in as premiums. The Congressional Budget Office nerds estimate that the program will rack up losses of $1.4 billion each year under the current program.

FEMA Risk Rating 2.0 (that’s how we Flood Nerd-types refer to the reform) isn’t a complete re-boot but it’s going to change the flood insurance market. How the change affects homeowners, business owners, and condo associations will vary depending on your property location and your flood policy.

Here’s just an overview of the changes. In future blogs, I’ll give you a Nerd’s eye view, so you are better prepared for any potential changes to your policy and coverage.

There are major changes and small changes coming with Risk Rating 2.0. Here’s a rundown on what I think are the most important changes.

A Tisket a Tasket – Every House Goes in a Basket

One of the biggest changes to the NFIP Risk Rating 2.0 will be how they rate policies. For too many years they overcharged half of their customers (hostages?) and undercharged the other half. It seemed as if no one really paid the right amount. FEMA 2.0 changes the policy rating framework.

Instead of relying solely on maps and elevation certificates, the new methodology places homes in market “baskets”. The baskets will contain single-family homes with similar property and policy coverage characteristics for that region. Rating will begin to resemble how risk is assessed for other types of insurance.  They call it “equity,” I think it’s just common sense – something that’s not always common in Washington D.C.

For years now, the private flood insurance market has used high-tech to better understand the risk of flooding. They used uber-smart computers, algorithms, and satellite images to rate policies while FEMA stuck to maps and a dusty abacus.  Well, okay – not really – the abacus was dusted regularly. But FEMA didn’t take advantage of the latest technology. That’s about to change.

FEMA isn’t throwing away their flood maps, but they are adding additional flood risk variables, private sector data, and incorporating new actuarial science and catastrophe models. So things like your foundation type, prior claims, and distance to a flood source will now be considered. So will urban flooding. I think that the days of two identical homes side-by-side paying wildly different rates are over. At least we can hope.

Homeowners in Washington, Oregon, California, Alaska, and Hawaii pay attention! FEMA 2.0 will factor in the risk of a tsunami into the new coastal rates. However, FEMA 2.0 will exclude tsunami risk from the rates for property that is 20 miles inland from the Pacific Ocean or in California ZIP codes 92647, 92648, and 92649. FEMA 2.0 excludes tsunami risk in the Atlantic Ocean – they say they couldn’t find a reliable model. Maybe that’s because the most significant tsunami in the Atlantic basin was in 1755 and affected Lisbon, Portugal. The NFIP doesn’t insure other countries like Portugal.

The coastal parts of the Great Lakes are not at risk of tsunami, but they can be impacted by seiche flooding. This is a standing wall of water or a huge wave that is caused by strong winds and a rapid change in atmospheric pressure.

Previously, VE zones in the Great Lakes area did not account for seiche flooding. Under FEMA 2.0, the basket for these properties will include the risk of seiche flooding.

FEMA 2.0 will use a replacement cost value to calculate premiums, but they will still limit you to $250,000 in coverage. But the rate is the rate, and the two-tier system is going away. If your existing coverage is over $60,000 then you won’t be getting the cut you previously enjoyed. But if the cost to rebuild your home is over $250,000, you’ll still need to get excess coverage. Some things never change.

Giving Credit Where Credit is Due

Flood mitigation efforts are rewarded in FEMA 2.0. Elevating the building on posts, piles, or piers can save you money. Move the building machinery and equipment up off the lowest floor and you’ll get a break too. Flood openings and windows, when done in accordance with FEMA rules will still give you a break but they must be certified by FEMA to earn mitigation credits.

FEMA isn’t throwing those flood maps in the trash or burning them in a bonfire. They will still use them to determine Special Flood Hazard zones.

But the good news is that Special Flood Hazard Community Rating System discounts now apply to all policies in the area not just the ones in the special hazard area. The discount will be applied as a flat percentage across the entire community.  Oh, the benefits of those property baskets! This could cause your current premium to go down.

FEMA 2.0 is going to wipe the slate clean. Just as if a flood had swept in and washed away all claim history. Well, once again I exaggerate just a bit.

But under FEMA 2.0 the surcharge incurred for a claim within the last 20 years only applies to claims filed after FEMA 2.0 goes into effect. That’s October 1, 2021, for some folks. But, and this is really important, once a claim is filed, the penalty for prior claims is calculated on a rolling 20-year basis. So if you buy a home that has prior claims, when you first buy the insurance you won’t pay a penalty. But, if you ever file a claim, you’ll be assessed a penalty for all the prior claims – even if you didn’t own the property.

Under FEMA 2.0, flood policies will not be rated on a flood zone map. They will be rated on:

Plus of course 5,000 pages of caveats. It’s still going to be really confusing and you’ll need a Flood Nerd as your Sherpa to guide you through the changes. And there’s a good chance you might see increases in your premiums.

So, if all these things are changing – what’s staying the same? Glad you asked!

While rates are changing, those pesky fees won’t be going away. You’ll still need to pay extra for Increased Cost of Compliance, reserve fund assessments, and all those other fees and surcharges.

And those fees and surcharges still aren’t considered as premiums under the policy cap.

The Congressional cap on individual property premium increases of 18% per year (25% for properties that aren’t single-family homes) still holds. But then the fees are added on top. And it adds up to more than 18% as you can see.

FEMA will still use maps to help communities mitigate flood risks. And if you currently have or intend to buy one of the newly mapped PRP policies before October 1, 2021, then your premium is going to be on what FEMA calls a “glide path”. That’s their bureaucratic way of saying that your rates are going to gradually rise until they eventually reach full-risk rates. But, this can take anywhere from 5 to 10 or even 15 years. That PRP option is still there until FEMA 2.0 takes force, so it’s a good idea to go ahead and buy the NFIP policy now and lock in that lower initial rate.  In addition to all the money you will save, when you get ready to sell your home you can transfer the policy and the reduced rate to the buyer.  Even they will benefit from your wise decision to read this article and act on the information provided.

Like everything the government does, the roll-out of FEMA Risk Rating 2.0 is complicated.

There are 2 dates to remember:

If your policy is going to renew around that date and your premium will decrease, you can renew early to take advantage of the lower rates. Ask a Flood Nerd for help.

The other date to remember is April 1, 2022. That’s no April Fool’s joke. All policies renew under FEMA 2.0 rules and rates starting on that date.

Why Do You Care? 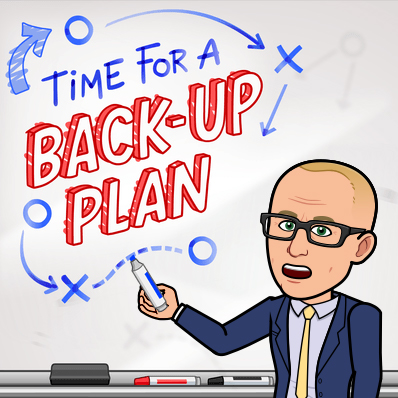 You’re not a Flood Nerd and in the time you spent reading this article you could have watched at least 1 funny cat video and shared a trending meme on social media. So, why do you care about this FEMA stuff?

Well if you have a flood policy through the NFIP, you only have 30 days to act when your NFIP policy renews.  Your policy under FEMA 2.0 may go up more than 18% or you may see a decrease.

Just talk to a Flood Nerd soon. We can compare your new NFIP premium and policy with coverage available on the private flood insurance market. And either way you go, you are guaranteed to pay the lowest premium and have the best coverage.

And if you found this blog interesting, stay tuned. There’s more to come.