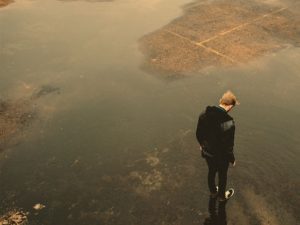 There’s an unfortunate misconception about what we mean when we talk about a “100-year flood.” The way this term gets used by most news sources is as a synonym for complete devastation. If a journalist wants to really emphasize how destructive a flood (or flood risk) is, she might use this as an expression.

The real problem I see with this is that this is almost never fully explained, so the reader draws his or her own conclusion: A 100-year flood is a terrible occurrence that happens once every 100 years.

But this is wrong. Dangerously wrong. Even I once believed that if a flood happened in my area, and it was considered a 100-year flood, then I was set for 99 years of safety. But this couldn’t be farther from the truth. Over the span of 30 years—which is the length of many people&#39;s mortgages—there is a 1 in 4 chance of a flood happening. Over a 100-year period, there is a 67-percent chance.

Heavy rain and flooding doesn’t happen on a century schedule—that isn’t how nature works. In fact, technically, a “100-year flood” can happen two years in a row. And this doesn’t take into account climate change, or phenomena like El Niño and La Nina, or flawed government mitigation (think: Katrina) or super storms like Sandy.

These 100-year events are really a moving target, especially in our ever-growing world. If a developer builds a large parking lot, for a mall or large box store for example, they effectively turned the 100-year prediction into a 70-year prediction. Why? Because now the water will flow off the ground that might have absorbed it, and the surface of this land is completely impervious. Cement and asphalt don’t soak up rainwater. They just divert it off the land that the parking lot was built on…hopefully not down the street, into your home.

So is there a flood in your future? The truth is, anywhere it rains, it can flood, and everyone lives in a flood zone. If you are not in a Special Flood Hazard Area (SFHA) your lender doesn’t require you to purchase flood insurance. However due to FEMA’s study, 20-percent of all National Flood Insurance Program (NFIP) flood insurance claims are outside of the mapped high-risk flood areas. 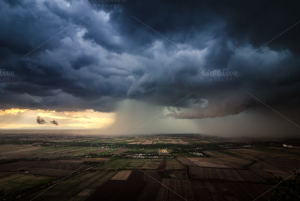 Since standard homeowners insurance does not cover flooding, it is important for all home and business owners (as well as renters) to have protection from floods with flood insurance. After all, just a few inches of water from a flood can cause tens of thousands of dollars in damage.

If this hasn’t convinced you that there is a chance of your property flooding especially if you are being told by the NFIP that you are in one of these Rate Mapped high-risk areas than it’s hard to say what will.

Most people don’t think they will ever see a flood and there’s a chance they’re correct. But if there is even a slight risk, shouldn’t you protect yourself? That’s the same reason you have auto, homeowners, and life insurance, isn’t it?

Unfortunately, the rate maps the NFIP put out dictate how much your flood insurance will cost through the national program, which is expensive and truly unfair. Many individuals pay upward of $1500 just to cover the one peril of flood! That means that people who are required to carry flood insurance are paying this premium on top of their homeowners insurance.
The good news is, there is an alternative to the NFIP. You probably haven’t heard about the insurance product I offer because I don’t spend enormous amounts of money on advertising like the “big guys” (FEMA, Geico, All-State). And really, these providers just pass on their marketing costs back to the consumer, so isn’t it better to choose an insurance carrier that isn’t sinking big bucks into marketing?

I consider myself incredibly fortunate to offer those in SFHA flood zones insurance that is backed by Lloyd’s of London. My coverage saves my clients significant money too—on average, 20-50% over the NFIP (and that’s before the federal rate increase which will go up 25% beginning in April 2016). Imagine getting almost double the coverage for less. 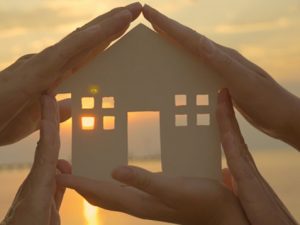 A quick word about Lloyd’s of London. This insurance market is one of the world’s strongest and oldest financial institutions. Founded in 1688, Lloyd’s has been insuring people for over 328 years. Famous for its empathetic response to the San Francisco earthquake of 1906, this institution is highly respected and recognized internationally.

Interested in hearing more about saving serious money on your flood insurance, or just want to talk about the fallacy of the 100-year flood? Reach out to my team.

We’d love to hear from you and help you make a smart choice. FLOOD NeRD