So many terrible things can happen to your home. But did you know that flooding is the number one natural disaster we face in the U.S.?

All it takes is a few inches of water to cause catastrophic damage to your property. And if you don’t have flood insurance, a flood can ruin your finances now and in the future. That means taking on a second job, raiding the retirement account, or even forgoing retirement to earn enough money to repair flood damage. 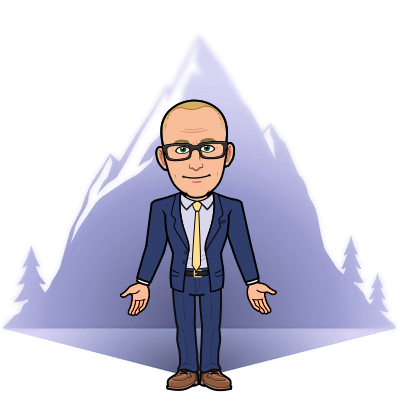 Yes, flood insurance is confusing. That’s why you need a Flood Nerd as your sherpa to guide you through the process and help you avoid common pitfalls like overpaying or underinsuring.

In this page, your trusty Flood Nerd will guide you through the complexities of FEMA flood maps, 100-year flood zones, and what to do if a new flood map affects your home. Heck, I’ll even show you how to determine your flood zone.

Why FEMA Flood Maps Were Created

In 1968, Congress passed the National Flood Insurance Act of 1968. Many private insurers had abandoned the flood insurance market and people struggled to get coverage for their homes and businesses.

The second task helped communities identify and reduce the risks of flood disasters and make those communities and their residents safer from floods.

The third task for creating maps was supposed to facilitate the other two tasks. In theory at least.

In practice, this Congressional action created a 50-year monopoly on the flood insurance market. Private insurers were locked out, even though they increasingly had access to technology that allowed them to better calculate the risk of flooding more accurately than relying on maps.

How FEMA Flood Maps are Created

FEMA’s Risk Mapping Assessment and Planning Program is the official process used to create FEMA flood maps. These maps are the Flood Insurance Risk Maps (FIRM) that identify special hazard areas at high risk of flooding. They are the work product created by studying an area’s history of flooding, looking at what flood mitigation features are in place, and then analyzing the risk and creating a map. Then FEMA may or may not meet with community officials to get their input. Once the map is issued, the public has 90 days to comment and appeal. As you can imagine, all this bureaucratic work takes lots of time. After all, they are the government and they are here to help!

FEMA is required to update the flood maps every five years. But the United States is huge and updating those maps doesn’t always happen on time. A Department of Homeland Security report by the Auditor General found 58% of all of FEMA’s maps are outdated.

That’s important because changes in land use alters the way water flows. And when a flood map reaches its 5th birthday without an update the risk level moves to “unknown”.

These flood maps can also cause confusion because they give rise to the 100-year and 500-year floods. They aren’t what you think!

One thing FEMA has done a great job with is confusing the insurance-buying public.

Have you ever heard the term 100-year flood zone? It doesn’t mean what you think it means.

It sounds like a lovely place that only floods every 100 years. So, if it flooded 5 years ago you are good for another 95 years. Right?

WRONG!  A 100-year flood zone means that on any given day you have a 1% chance of flooding. Now that’s a horse of a different color!

How Flood Maps are Used

When you take out a mortgage to buy a home there’s about a 100% chance that the lender will check to see if the property is located in an area at risk for flooding.

How Do I Know If I Am In a Flood Zone?

Flood zones are technically special hard areas. In most cases, the flood maps will show the community’s flood zones, the floodplain boundaries, and the Base Flood Elevation (BFE) which is how high the floodwaters are determined to go.

FEMA provides a digital tool to look up flood zone maps online. Use the link to find your community flood map by entering your address. The map will show the area of the floodplain. Diagonal multicolored lines are the floodway and the light blue and tan colors are used to indicate the flood zones. 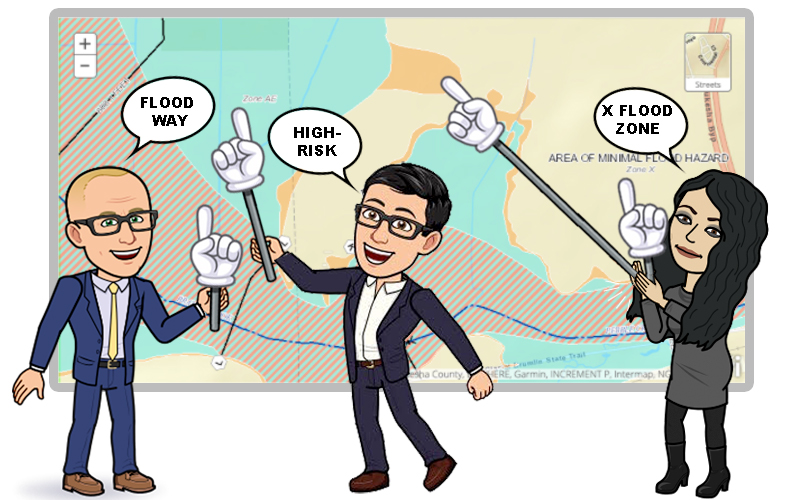 As an absolute Flood Nerd, I can tell you no matter what the map says, you can flood anywhere it can rain.

Remember those maps are supposed to be updated every 5 years, so changes do happen. As development changes how water flows in an area, a house can move from one flood zone map to another and never even change its street address.

When FEMA changes a flood map, they provide an incentive to everyone impacted to encourage buying flood insurance. The incentive comes in the form of a heavily subsidized policy IF you make the purchase within 12 months of the change.

And to sweeten the pot, they allow you to pass that subsidy along when you sell the house.

So if your flood zone changes from a low to moderate flood zone (X flood zone) into a higher risk flood zone (A or AE flood zone) and you buy a flood policy from the NFIP within a calendar year of the effective date of the map change, you can get a hugely subsidized policy. You could get a flood policy as low as $500 and then transfer the policy to the buyer when you sell your home. The new owner can keep your savings.

That’s something homeowners should strongly consider if they plan to sell in the next few years. It makes selling in a flood zone much easier.

Flood Nerds like me know how to make this stuff happen, the agent selling homeowners insurance probably doesn’t.

There’s another way to assess the risk of flooding without using FEMA flood maps. It’s much more modern, makes use of satellite imagery, GPS mapping, and computer models and algorithms.

FIND OUT IF PRIVATE FLOOD INSURANCE CAN SAVE YOU MONEY